Beating the Australians on their own turf, Surtees Boats eased out strong competition from the American built Tracker, the Australian Stessco and Anglapro brands as well as Stabicraft also from New Zealand.

Each finalist was assessed by five judges across ten criteria, starting with suitability for fishing, innovation, design and layout, quality of finish, handling and ride, and stability at rest. Add in ergonomics, standard equipment, value for money and that indefinable X-Factor.

Wowing the judges with its resolute toughness, clever yet functional layout and exceptional ride, this was the boat that inspired real confidence.

Senior boat tester and host, John ‘Bear’ Willis was full of praise for the 700 Game Fisher.

“This 700 Game Fisher is an absolute corker! The entire work place is pure platinum in the eyes of any keen fisho, especially those with a yearning for the big blue water.”

While guest judge Jo Starling was equally as impressed.

“Unable to fault it. Each builder even signs their boat on the transom in the weld! This ownership is clearly reflected in the workmanship.”

“Surtees has played bridesmaid in the Australia’s Greatest Boat celebrations for a number of years and it’s a credit to the dedication and tenacity of the staff that they keep on presenting us with the best of the best, year after year,” says van Duyl.

“Having come excruciatingly close to winning with last year’s battleship-sized 850 Game Fisher and equally near a few years back with their pocket-rocket 4.7 Workmate, it is clear that they make great boats so when the 700 Game Fisher was first tested by our head honcho tester, Bear, we knew it would be good. How good? John came from the test singing its praises and making it the one to beat this year.”

For Surtees Boats, one of New Zealand’s largest production boat builders, the 700 Game Fisher launched in 2015 has seen the model move quickly to one of the company’s top sellers.

“We are extremely proud of the 700 Game Fisher’s achievements from the day it was unveiled to the public,” says Surtees Boats CEO Adam Dyck. “We have always been proud of our innovation, or what we call Surtees IQ. This carries across to quality, construction, performance, design and safety. It’s fantastic that the judges also feel we are getting it right.”

“We pride ourselves on making safe, confidence inspiring boats, and what is even more special, these awards are given after putting the boat through its paces in its natural environment – out on the water.”

“It was great to hear the judges felt confident and safe on the 700 Game Fisher.”

Surtees Boats have sold over 50 of the 700 Game Fisher model since its launch, with prices for the boat starting from NZD$110,000.

Out of its Whakatane factory in New Zealand’s Bay of Plenty, Surtees Boats employs 57 people has 18 dealers globally and produces 400 boats a year. Around half of those boats built are exported to Australia. 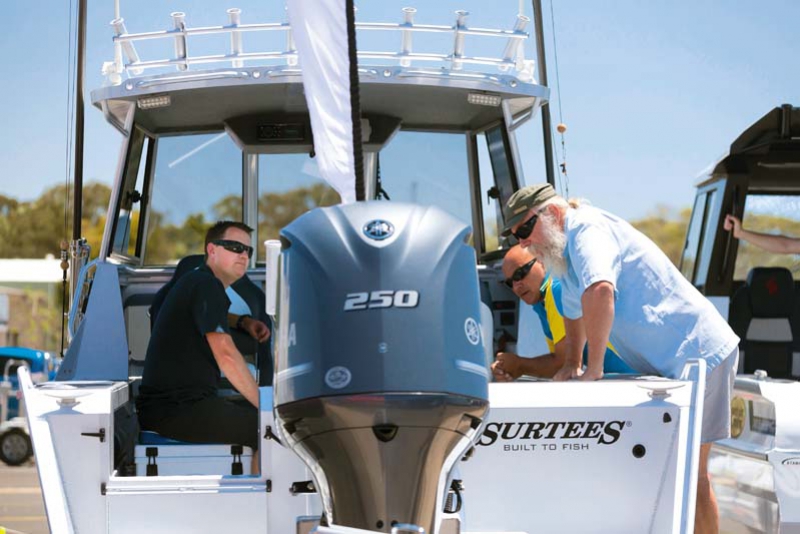 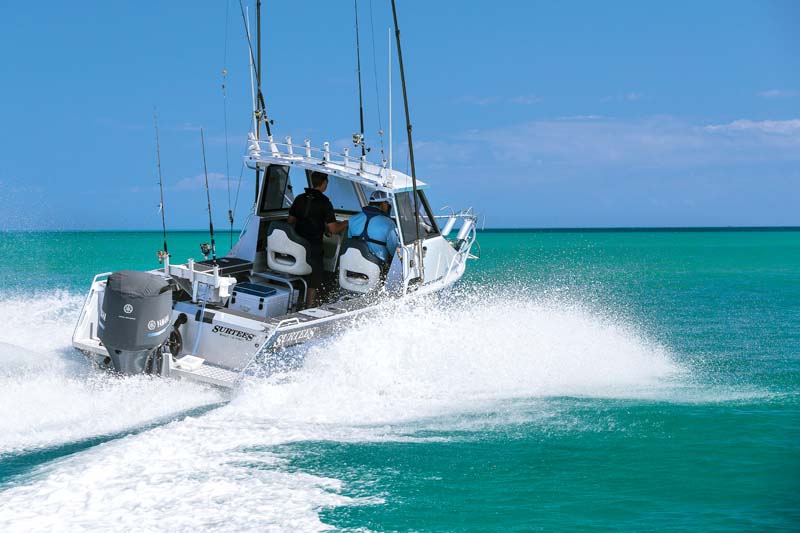